In the press
Photo © Museum of London, Helen Butler
The
History

It’s been claimed to be a Druidic altar, a Roman milestone, and the magical ‘heart of London’. It’s one of London’s most ancient landmarks, but most people have never heard of it – or if they have, they’ve heard one of the strange legends that have sprouted up around it. 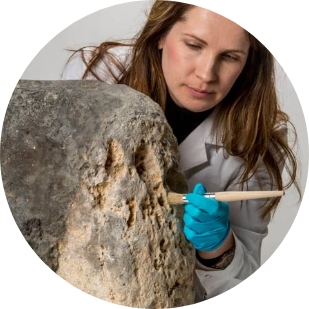 Today all that is left of once-famous London Stone is housed in a specially dedicated Portland Stone enclosure in the front wall of 111 Cannon Street.

Its origin is indeed mysterious and there is a belief that if the Stone is ever moved the future of London would be jeopardized. Thus it now sits as near as possible to its original location which is now the middle of the Cannon Street roadway.

However, much of what we think we know about London Stone is untrue, or at best is guesswork unsupported by any evidence.

London Stone and the seven strange myths behind it

Jerusalem: The Emanation of the Giant Albion, by William Blake, 1804-20
Collection of the Yale Center for British Art.

5 If London Stone is moved, London will fall More info from the Museum of London

Illustration of London Stone from 'London: a Pilgrimage'
Blanchard Jerrold and Gustave Doré, 1872.

London Stone shown on the first detailed map of London, 1559.

London Stone viewed from above.
Photographed at the Museum of London.

An admission that we don’t know the origin of London Stone (and probably never will) satisfies nobody – hence the apparent desire for a mythology that lends it great antiquity and an even greater symbolic role.

The significance of London Stone, and the importance of taking measures for its preservation, depend not only on its actual age and origins, but on the reputation it has acquired over the years since.

Despite Myth 6 no person or body has ever taken responsibility for the maintenance and display of this important relic. That situation has now changed in that this responsibility has now been accepted by the building owner.

Following this inspection the two Companies will send a letter to the Lord Mayor advising him/her of their findings.

London Stone was temporarily removed to the Museum of London in 2016 whilst this building was redeveloped. Its return to its historic location was marked by an unveiling ceremony performed by the Lord Mayor of London on 4th October 2018. 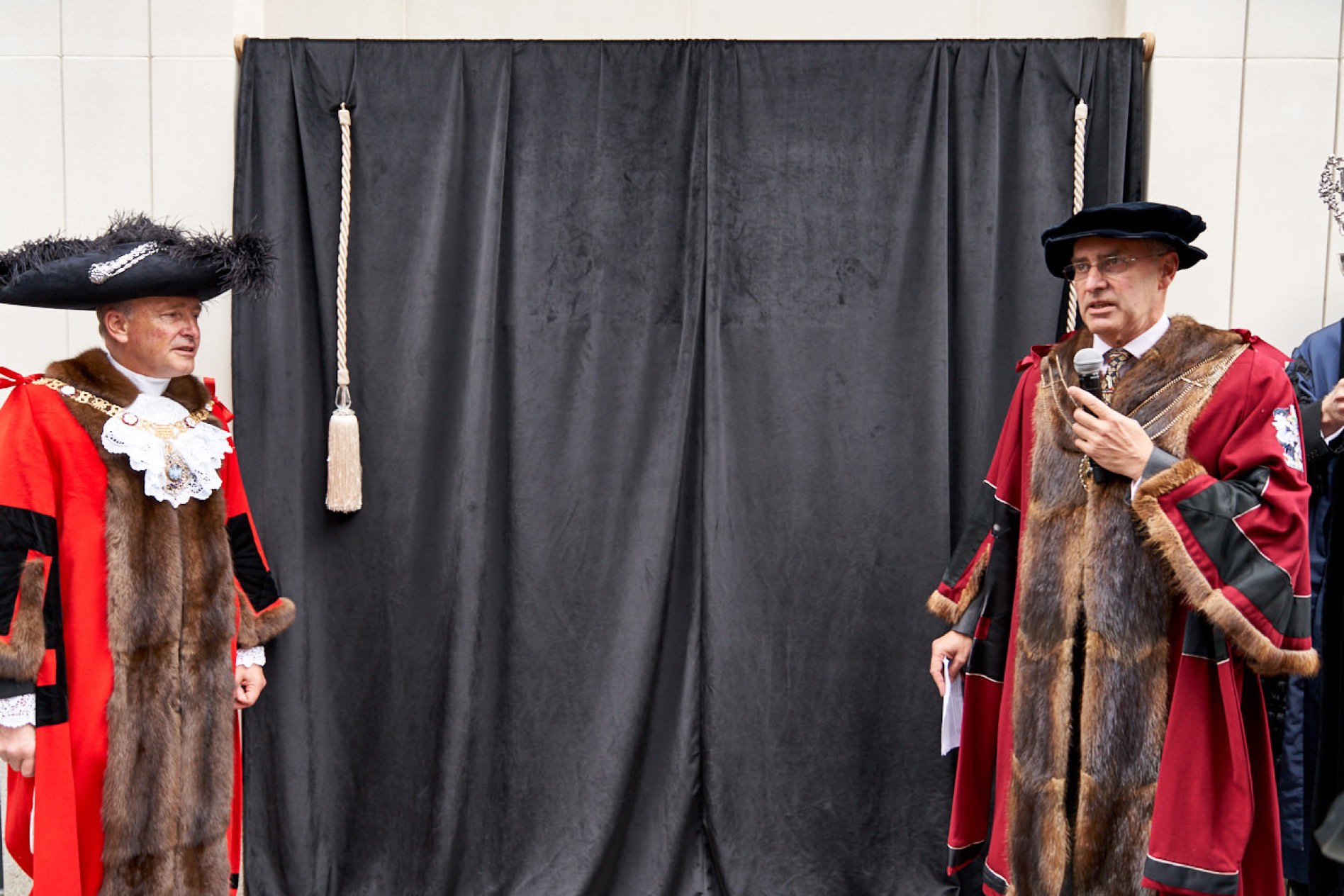 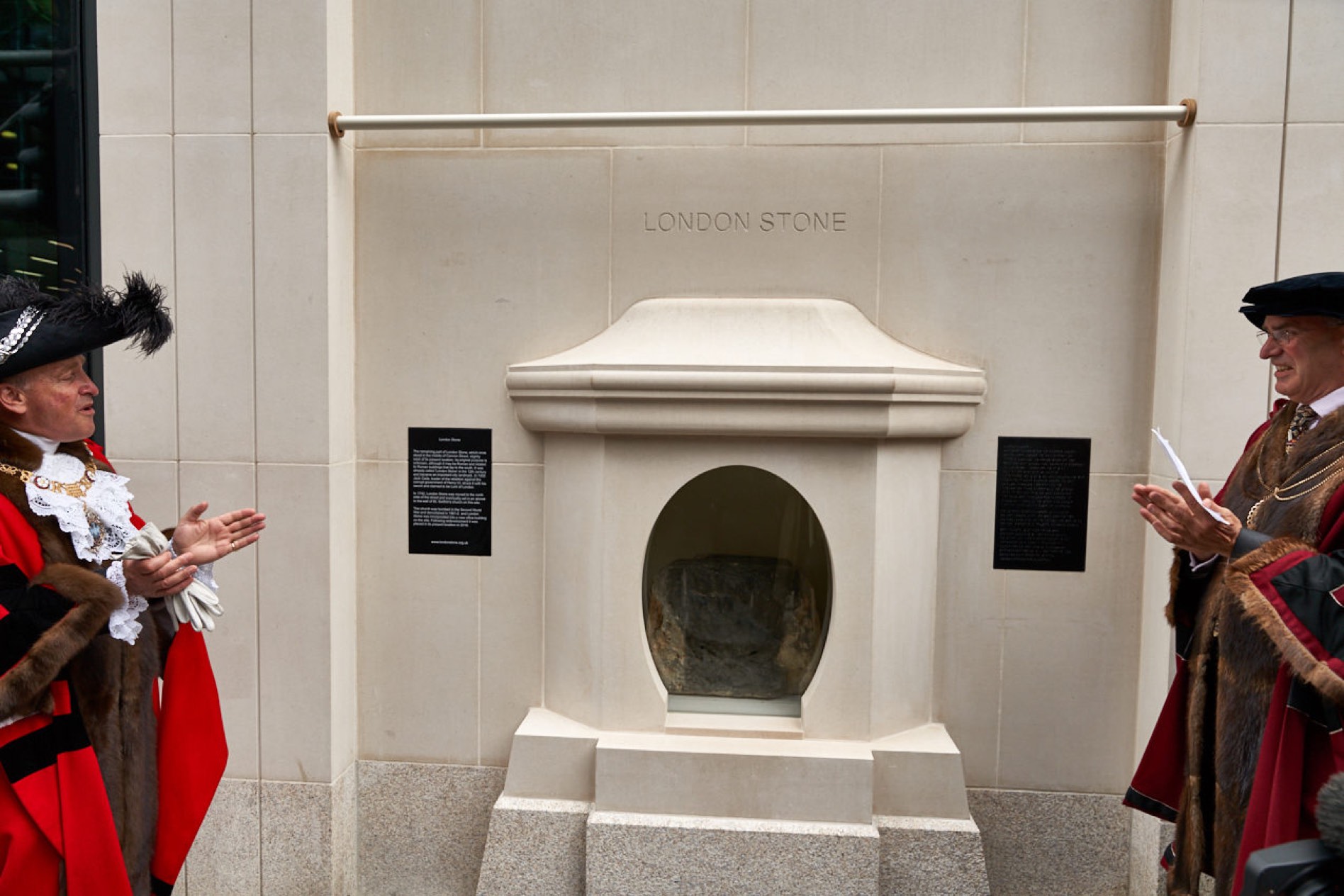 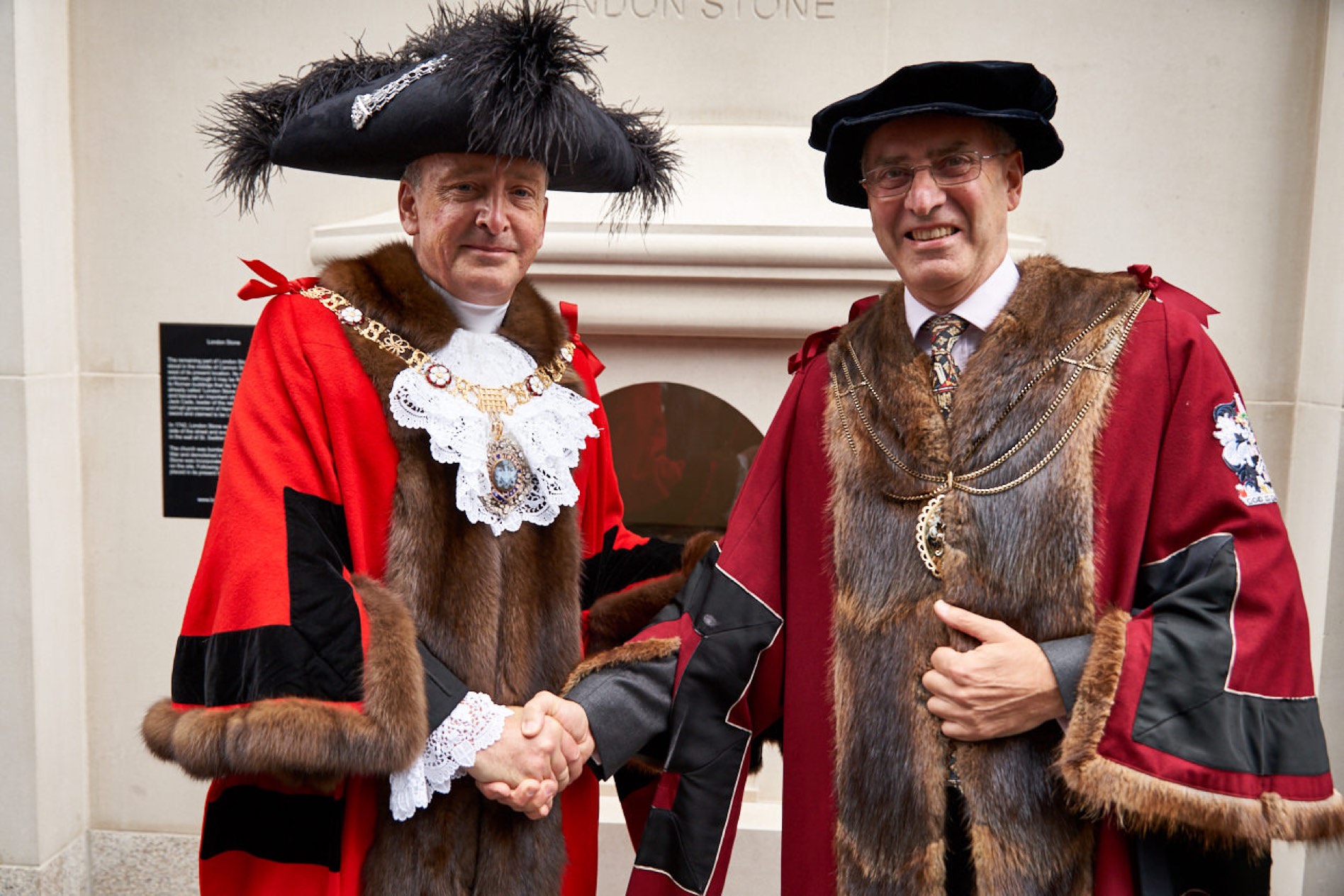 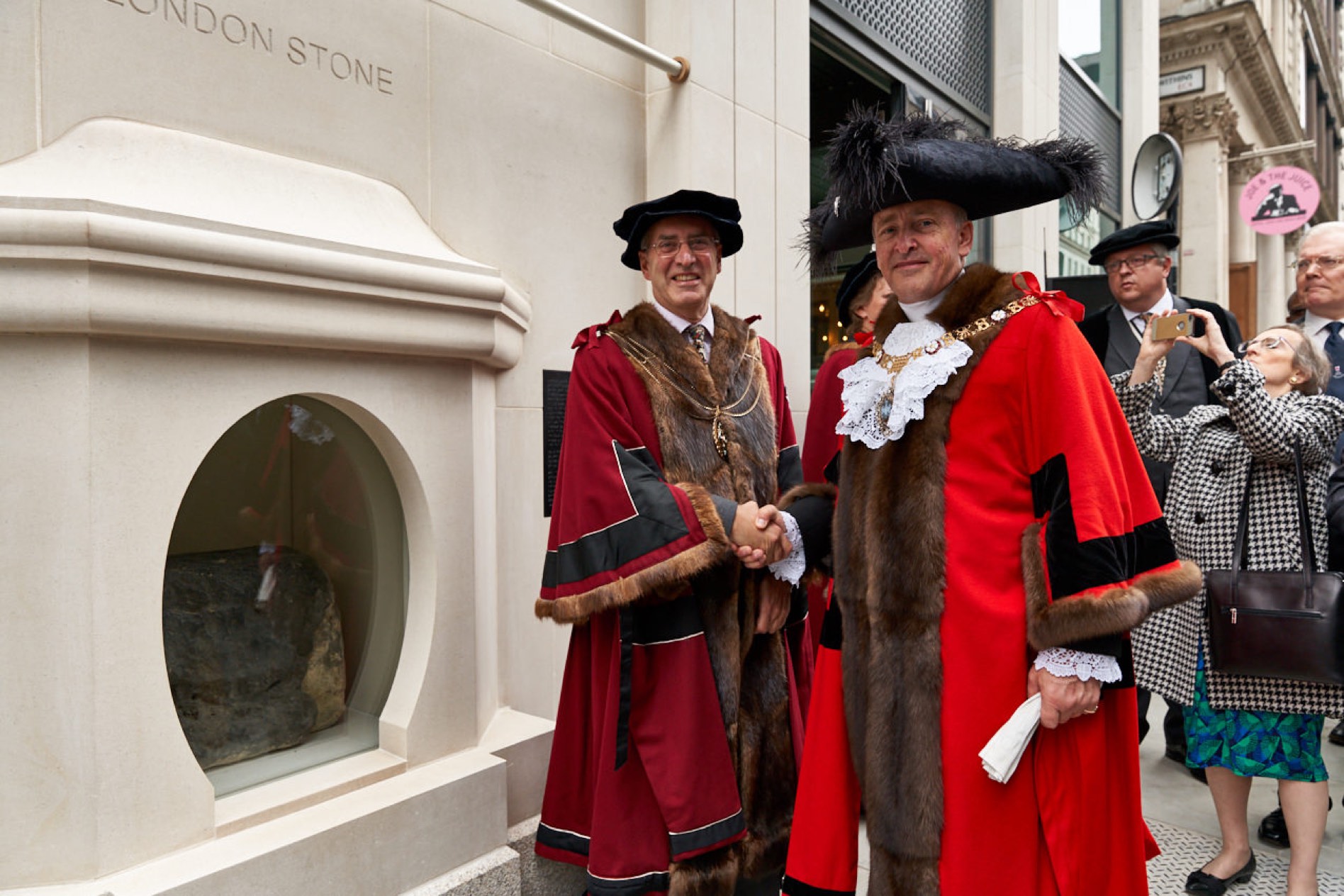 For further details of the history and mythology of London Stone see the following articles, which give full references to all the sources cited here:

In the Press
Web

London and Middlesex Archaeological Society: Volume 66 (2015) of the LAMAS transactions has been published! | Article

The Worshipful Company of Spectacle Makers

The Worshipful Company of Masons